Cytox Group Limited provides non-invasive, risk assessment and patient stratification tools for Alzheimer's disease and dementia. Cytox’s mission is to transform how new treatments are developed, people are screened, and how patients are managed within the Alzheimer’s disease care pathway..

Alzheimer’s disease today affects over 46 million people globally, projected to reach 75 million in 2030 and over 131 million people by 2050 with an economic impact estimated to exceed $1tn per year in the next decade [World Alzheimer’s Report 2015].

Cytox has two products: genoSCORE™-LAB and genoTOR™ that use blood and saliva, so are non-invasive, and can be used anywhere in the world, on a mass scale, without excessive costs associated with current diagnostic approaches requiring highly specialised PET imaging facilities.

genoSCORE™-LAB, is a CE-marked test, available to order through the website (www.genoscore-lab.com). It can predict the risk of an individual developing Alzheimer’s disease. Initial applications will be for physicians assessing new patients, with cognitive complaints, to assess their future risk of cognitive decline due to Alzheimer’s disease. It can also provide greater insight into the risk of cognitive decline in existing patients.

Additionally, genoSCORE-LAB can be used in clinical study recruitment strategies to identify patients most suitable to enter trials of investigational Alzheimer’s drugs, including those patients with mild cognitive decline who are most at risk of subsequent decline within the timescale of the study.

genoTOR™, which characterises an individual’s genetic profile linked to mTOR-regulated signalling pathways, is available on a fee for service basis, through a licensing agreement, or as part of a strategic partnership to develop enabling technologies for use with future marketed drugs.

Cytox has received funding from The European Union's Horizon 2020 research and innovation programme under agreement no. 854998 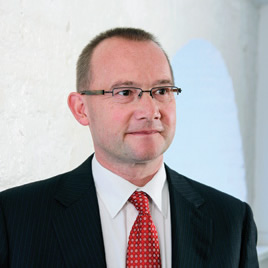 Richard Pither has been involved in the development of diagnostic and therapeutic pharmaceutical products for more than 20 years. He has held senior R&D and leadership positions in global pharmaceutical companies including GE Healthcare (Medical Diagnostics), UCB-Celltech, Lorantis and Amersham plc. During this time, he was involved in the development of a novel 18F-PET radiopharmaceutical for imaging amyloid deposition in the brains of Alzheimer’s disease patients.

Alex has over 20 years’ experience working in diagnostics with a substantial track record of delivering value to the business through technology collaboration through partnering. He began in diagnostics R&D and has worked across all disease areas but more specifically in later years within neurodegeneration. As Head of Research Alliances for GE Healthcare he led many initiatives to work across the diagnostic/ therapeutic interface including working with big pharma in the utilisation of PET imaging in Alzheimer’s disease trials.

Paula has a wide experience in project management for drug discovery and clinical trials. With a PhD in Theoretical Chemistry, she began as a computational chemist for Zeneca Pharmaceuticals; later joining AstraZeneca as a project manager leading cross functional thematic projects to support and develop novel processes within early drug discovery.  She led up to 4 simultaneous global product teams through early drug discovery to Phase III clinical trials. In 2017 Paula joined Cytox Ltd where she is now responsible for the biomarker project management for Alzheimer’s disease assessment.

Ian brings over 25 years' experience in senior roles developing commercial strategies, customer engagement and product launches within the medical diagnostics market. As well as a focus on neurology imaging, he was involved in the assessment and launch planning of the gene testing market whilst at GE Healthcare. As Business Development Manager at NHS Blood &Transplant (NHSBT) he oversaw the commercialisation of the Next Generation Sequencing (NGS) service for tissue typing. Most recently he led the commercial team at Feedback plc, developing Artificial Intelligence (AI) solutions to assist oncology diagnosis. 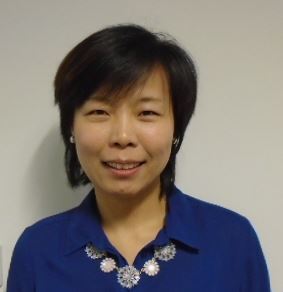 Qian has a wide experience in bioinformatics across academia and industry. With a PhD in Systems Biology, she began as a postdoc researcher at Babraham Institute, later joined Adaptimmune as a Senior Bioinformatics to lead and support cross-functional projects for early drug discovery and clinical trials, and went on to work as a solutions consultant at Genestack to support industry leaders by utilising bioinformatics and solutions expertise to solve issues and challenges in multi-omics data management. Qian joined Cytox in 2021. 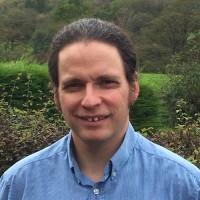 Since joining Cytox as Clinical Diagnostics Development Lead Simon has also worked with the team to establish a Quality Management System certified compliant with ISO 13485 and is the Cytox QA Manager and Management Representative. 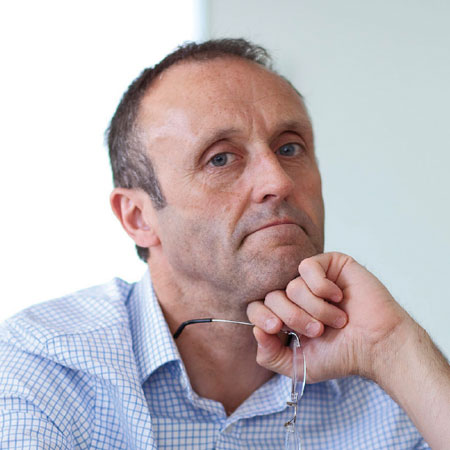 Ian Gilham is an experienced leader with an international track record in the research, development and commercialisation of diagnostic and pharmaceutical products. He has proven success in mergers and acquisitions, including his time as CEO of Axis-Shield leading its sale to Alere in 2011 for £250 million. He also has strong fund manager, investor relations and advisor networks in the city of London and globally. Ian is also non-executive Chairman of Horizon Discovery plc, genedrive plc, and Biosurfit SA, and has worked at Celltech, Amersham International, Abbott Laboratories, and GlaxoSmithKline.

Richard Pither has been involved in the development of diagnostic and therapeutic pharmaceutical products for more than 20 years. He has held senior R&D and leadership positions in global pharmaceutical companies including GE Healthcare (Medical Diagnostics), UCB-Celltech, Lorantis and Amersham plc. During this time, he was involved in the development of a novel 18F-PET radiopharmaceutical for imaging amyloid deposition in the brains of Alzheimer’s disease patients. 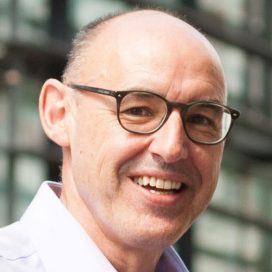 David is a Venture Partner with Catapult Ventures, having worked alongside Catapult and its portfolio companies for a number of years informally. He has a wealth of experience in diagnostics and molecular biology and understands what it takes to grow a successful life science business. David co-founded DxS Diagnostics in 2000 to expand upon technology he developed at AstraZeneca and sold the company in 2009 to Qiagen for in excess of £100m.

Professor John Hardy is a geneticist and molecular biologist whose research interests focus on neurological disease. He was Head of the Neurogenetics Section, National Institute of Ageing, Bethesda, USA and in 2007 took up the Chair of Molecular Biology of Neurological Disease at the UCL Institute of Neurology, London, UK. With over 23,000 citations, Professor Hardy is the most cited Alzheimer’s disease researcher in the UK (5th internationally).

Professor Williams is a senior figure in the field of Alzheimer’s disease genetics research. She is Associate Director of UK Dementia Research Institute at Cardiff, a former Chief Scientific Advisor to the Welsh Government and Alzheimer's Research UK, and she is currently one of the four leaders of the International Genomics of Alzheimer’s Project (IGAP) genetics consortium. This incorporates over 400 scientists from Europe and the USA and has access to more than 90,000 AD cases and controls.

She has identified at least 25 risk loci for Alzheimer’s disease implicating the roles played by immunity, endocytosis and cholesterol processing in disease development.

Professor Clive Ballard is an old age psychiatrist, dementia researcher, and clinical trialist who has authored more than 800 research papers and has a H-index of 120. He has led key clinical trials focussing on the treatment of Alzheimer’s disease, Parkinson’s disease, and related dementias and the treatment of neuropsychiatric symptoms in these conditions. His scientific work has included human post-mortem work and   genomic studies focussing on neuropsychiatric symptoms in people with  dementia and genomics in people with dementia related to Down’s syndrome

Clive is also Pro-Vice-Chancellor for Medicine at the University of Exeter, where he is part of a growing team of outstanding researchers and is leading the expansion of a thriving educational programme in the College of Medicine and Health.

Cytox’s scientific founder, Dr Nagy, is well known for her groundbreaking work on the involvement of the cell cycle in neurodegenerative diseases which started a new chapter in the history of neurodegeneration research. For over 20 years she has been working on the pathogenic mechanisms of Alzheimer’s disease, novel biomarker development and early stage drug discovery for disease-modifying drugs. In 2004 she moved to Birmingham University Medical School, UK, where she now holds the position of Senior Lecturer and Lead of the Neurodegeneration and Repair team in the Department of Neuropharmacology and Neurobiology.

Professor Dubois is principal or co-investigator of a number of research and Government programmes focusing on AD, and dementia in Parkinson’s disease and has published more than 550 peer-reviewed articles in this area. He is Professor of Neurology at the Neurological Institute of the Salpêtrière University Hospital at Paris, UPMC, Paris France, as well as Director of the Behavioural Neurology Department and of the Dementia Research Center at the hospital.

Associate Professor Laws’ research primarily focuses on understanding the genetic and epigenetic architecture of Alzheimer’s Disease and related phenotypes.  He is an Associate Professor in the School of Medical and Health Sciences, Edith Cowan University, Perth, Australia where he leads the Collaborative Genomics Group. Simon also currently leads the genetics stream in AIBL (The Australian Imaging, Biomarker & Lifestyle Flagship Study of Ageing) and from 2011 till the end of 2017 was the Deputy CSO of the Cooperative Research Centre (CRC) for Mental Health.